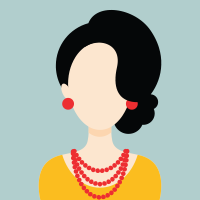 Partilho este excerto do livro How To Get You Kid To Eat But Not Too Much da Ellyn Sater, que permite perceber a origem do horário rígido do LA.
.
"Back in the thirties, when people were first beginning to bottle-feed, they tried very hard to learn how. This was the “scientific age of feeding.” A formula based on evaporated milk had just been perfected. Supplemented with vitamin C in some form, it finally solved the age-old problem of babies’ getting diarrhea from artificial feedings, and opened the door for bottle-feeding. And people switched from breast to bottle-feeding in increasing numbers.
.
Bottle-feeding was “modern,” but nobody really knew how to do it. Unfortunately, to begin with, nobody asked the babies. The then-new professions of pediatrics and nutrition attempted to fill the gap with scientific reasoning. They figured out how many calories babies “should” be having per pound of body weight, weighed them and measured them and calculated their total allotment. Then they divided that into six equal feedings (every four hours, you know) and instructed parents to give the babies just that, no more, no less, at exactly those intervals around the clock. If parents failed to follow the regimen, there were dire warnings about the physical and emotional distortions that would result.
.
Like the feeding recommendations, these were largely the product of someone’s imagination, and had very little to so with knowledge babies really operated.
.
But at the Gesell Institute, Arnold Gesell and Frances Ilg challenged these assumptions.1 They said, essentially, wait a minute, that’s not the way babies really are! If feeders are that controlling and ignore information coming from babies, it is going to cause a lot of problems, and both parents and babies are going to suffer.
.
By way of backing up their contention, they did a series of bottle-feeding experiments with babies, where they fed them when they were hungry and as much as they were hungry for. They let them go to sleep when they wanted to and sleep as long as they wanted to. And when they woke up they fed them whenever they asked for it, even if they wanted to eat twice in a row after a long nap. They kept track of how much the babies ate and weighed them every day.
.
Figures 4-1 and 4-2, show what happened with one little boy, Baby “J.” The only thing that was consistent about J’s intake was its inconsistency. One day he ate a lot, the next day not so much. His intake from day to day varied by about 20% to 30%. During the third week of the study, when he was eight weeks old, he had a cold and his intake varied even more. One day, for example, it was only 20 ounces, the next day it was 32. But his growth was perfectly smooth, even during that third week when his food intake varied so widely. Little “J” knew what he was doing."

Seroquel: How To Buy